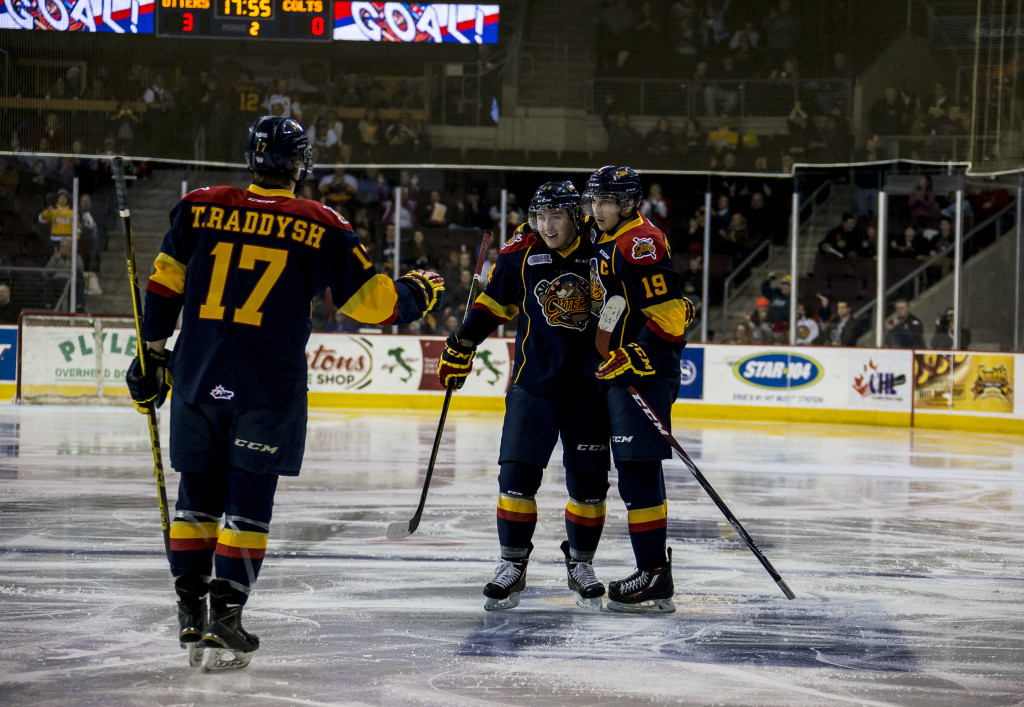 Devin Williams held strong between the pipes for the Erie Otters as the first line combined for all four goals in a 4-2 victory over the Barrie Colts.

The first period started slowly with no goals in the first 10 minutes, but that all changed. Nearly three minutes following the halfway point of the period the first line linked up for a goal when Taylor Raddysh wristed a puck past Mackenzie Blackwood. Three minutes after breaking the deadlock the Otters put another puck into the back of the net when Kyle Maksimovich ripped a slap shot on a feed from Travis Dermott.

Minutes into the second period Dylan Strome claimed his 20th score of the season when he wound up a wrist shot from the slot for a power play goal to make it 3-0. The Colts picked up the pace once the Otters jumped to the three goal advantage as they peppered Devin Williams with 17 shots in the period, while Erie had just 9. The high volume of shots paid off when Cordell James put one in the net to reduce the Otters lead to two.

Just over a minute into the final period Strome notched his second of the game following some tic-tac-toe passing by his linemates Maksimovich and Raddysh. As time started to run out in the third period the Otters went down a man leading to a late Barrie goal, but allowed no more going on to win by a score of 4-2.

Goalies for both teams had stellar nights in net as Williams stopped 36 pucks and Blackwood saved 30.

The Otters travel to Owen Sound for a two game series against the Attack, the first contest is Saturday at 7:30 p.m. and game two is Sunday at 2:00 p.m.