Otters top Whalers 4-3 in the shootout 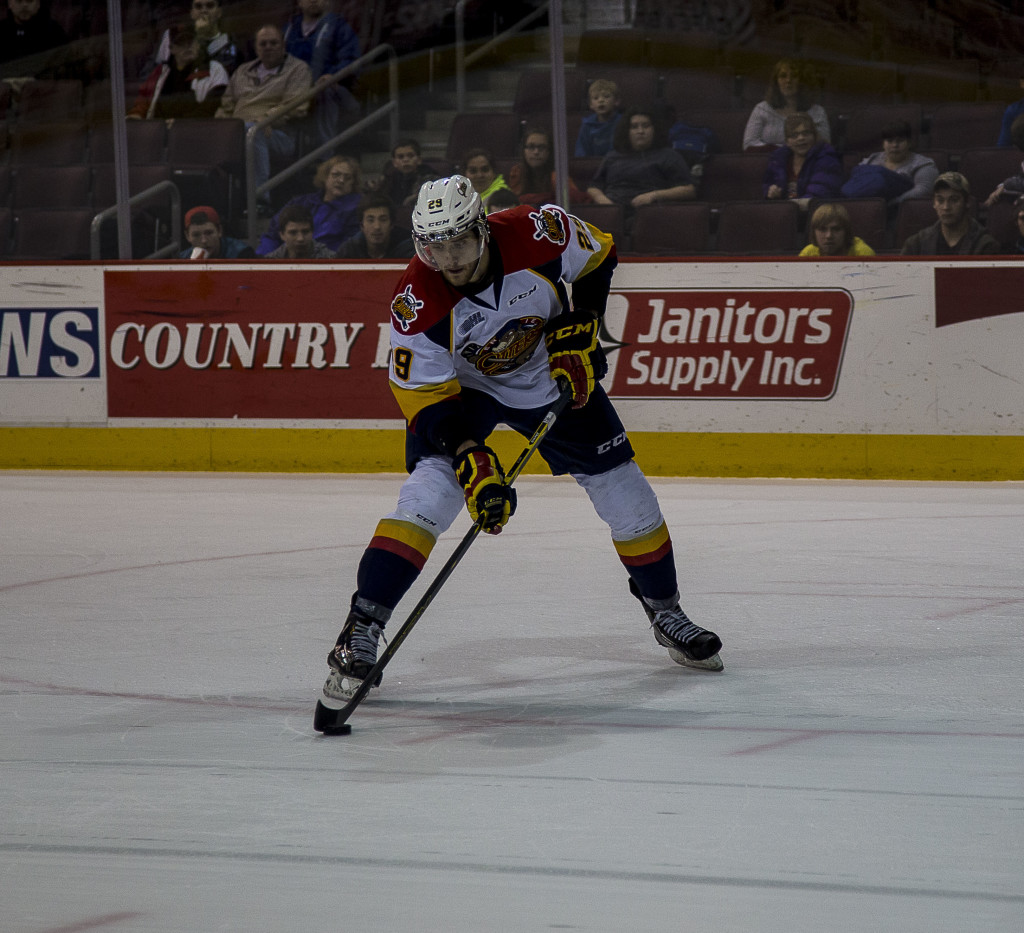 Erie, Pennsylvania – Daniel Dekoning stopped all three Plymouth shooters in the shootout, lifting the Otters to a 4-3 victory to snap their two-game losing streak. Darren Raddysh set the Otters record for a defenseman’s point streak with a goal in the win.

Raddysh opened the scoring with his seventh of the year barely three minutes into the game from defense partner, Kurtis MacDermid, and younger brother Taylor Raddysh, extending his point streak to 13 games. It didn’t take Plymouth long to answer, though, and Connor Sills beat Dekoning on Plymouth’s first shot to tie the game.

Dylan Strome gave the Otters the lead back a minute latter from Travis Dermott and Nick Betz, before adding another goal three minutes later for a 3-1 lead. Penalties to Darren Raddysh and Cole Mayo overlapped just enough to give Plymouth a brief 5-on-3, but the Otters penalty kill showed off why they’re third in the league, keeping the Whalers off the board.

Plymouth struck back to start the second with a goal from Will Bitten, pulling the Whalers within one. Despite two power plays each, neither team was able to capitalize despite close chances. MacDermid nearly scored on his way out of the penalty box, and Betz crashed the net, nearly scoring, but taking a penalty instead. Strome had a huge opportunity from the left side of the net to score his third, but Alec Nedeljkovic came up big for Plymouth before making two stops in a row on Kyle Maksimovich and Patrick Fellows.

The third period looked like Strome would finish up his hat trick, but the goal never came despite outshooting Plymouth 16-7. The team’s both had a power play opportunity, but while the Otters put a flurry of shots on Nedeljkovic, it was the Whalers who scored, Bitten picking up his second of the game with Darren Raddysh in the box.

Overtime wasn’t enough for the teams to settle the score. Betz found the back of the net in his first shootout attempt, giving the Otters their only goal. But with Dekoning making all three saves, the goal was enough to lift the Otters 4-3 over the Whalers.

Dekoning is a perfect 6-0-0-0 with the win, and Strome extends his point streak to six games. Raddysh’s record replaces Adam Pelech’s previous record of 12-games, set in 2013-14.

The Otters hit the road for the weekend, traveling to Sarnia on Friday and Saginaw on Saturday. They return home on Thanksgiving for a showdown with the Mississauga Steelheads at 7 p.m.