Otters Win Decisively in Game One 5-1 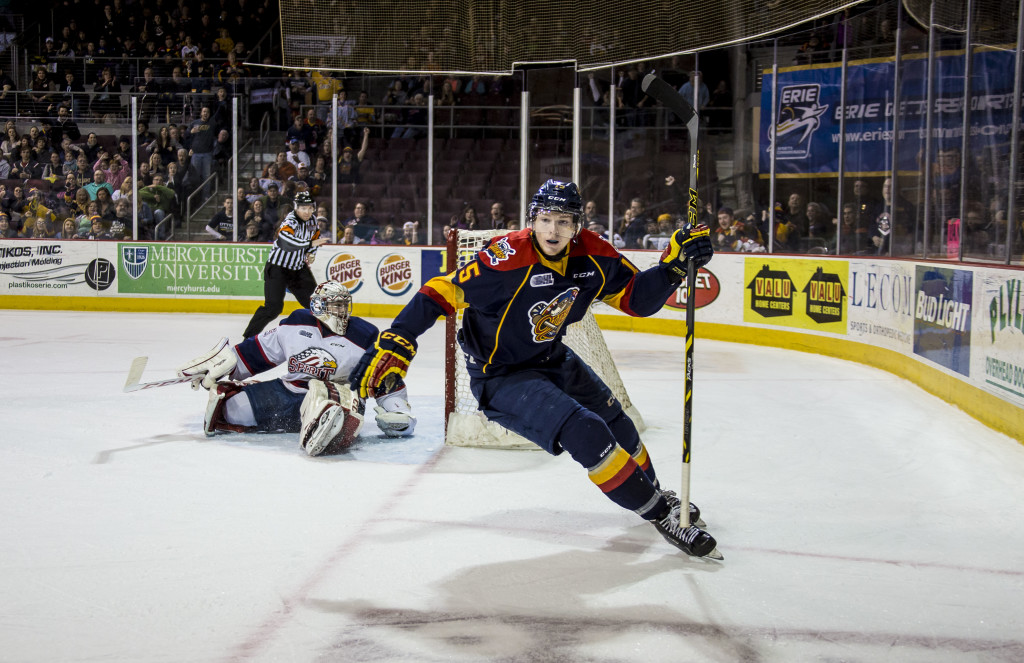 A three-point night from both Nick Betz and Travis Dermott, along with two goals from Kyle Pettit powered the Erie Otters past the Saginaw Spirit 5-1. Vanya Lodnia, Patrick Fellow and Erik Cernak each picked up their first playoff assists in the victory.

Erie started the scoring as Jake Marchment feed Kyle Maksimovich a pass in the slot that Maksimovich buried to make it 1-0 in the first period. Over 12 minutes into the period Betz redirected a blast from Cernak to boost the Otters lead to two. Later in the period a lob pass by Dermott found the tape of Pettit as he sped down the ice to score a breakaway goal.

Five ticks into the second stanza Dermott collected his third point of the contest on a one timer from the point. The Otters took a five-goal lead nine minutes into the period when Pettit scored his second goal of the game, while firing a wrist shot over Evan Cormier’s Shoulder. Following Pettit’s second career playoff goal Cameron Zanussi replaced Cormier.

The Spirit came out hard in the final period and at the 14 minute mark Saginaw broke the shutout with a goal by Jesse Barwell. After that tally Devin Williams kept the door shut to hold onto a 5-1 victory.

The Spirit and Otters reconvene for game two on Sunday in the Erie Insurance Arena at 7:00 p.m.