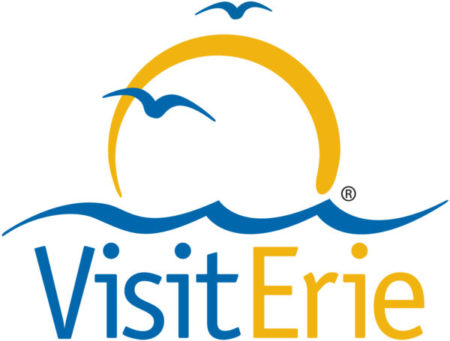 Located at the intersection of I-90 and I-79 and central to the Pittsburgh, Buffalo, Cleveland triangle, Erie is within 500 miles of more than half the U.S. population and only 100 miles from Canada.

A seven-mile peninsula, on beautiful Presque Isle Bay, one of the world’s best-protected harbors, surrounds Erie, Pennsylvania’s fourth largest city. As a Great Lakes City, Erie features the State’s only seashore, boasts an extensive maritime history and accommodates Great Lakes and ocean-going vessels at The Port of Erie.

Surf swimming on the many sandy, guarded, fresh-water Lake Erie beaches at Presque Isle State Park on the peninsula helps to make tourism Erie’s second largest industry, next to manufacturing. Sail and power boating and fishing is popular on the lake and in Presque Isle Bay, as is winter ice fishing, ice sailing and kit skiing. The peninsula, a National Natural Landmark, is a natural gem, known for its ecological diversity, with rare and endangered species of wildflowers, migratory birds and other plants and animals.

The Erie Otters assure the provision of a quality education on an individual basis following a close evaluation of each athlete’s circumstances and based on individual educational goals. This assessment, which is conducted to determine the best educational direction for each individual player, requires input from: The Athlete, His Parents, The Home School (principal and/or counselors), and the selected Erie School.

Education is coordinated and overseen by a team of professionals who serve as consultants as well as a constant avenue of communication in regard to progress toward academic goals. Those professionals who are always available for consultation include:

Fairview High School is a four-year comprehensive high school. The school, built in 1973, is located in Fairview, Pennsylvania, approximately ten miles west of Erie, Pennsylvania, the fourth largest city in the Commonwealth. Fairview High School is fully accredited by the Pennsylvania Department of Education. The Fairview School District recognizes the value of the Pennsylvania Academic Standards as a foundation to a great education. All of the curricula delivered to our students are aligned to these standards. We do not feel that additional standards are warranted as these represent a composite of a quality education. We intend to continue to use the PA Academic Standards as a framework of our curricula and program for the duration of this Strategic Plan. We envision the community sharing responsibility for the development of goal-driven, fair minded, respectful, and honest students, who appreciate life-long learning, who are mindful of the needs of others, and who embrace diversity.

For more information on the Fairview School District, visit their website by clicking here to learn about the district and their mission. 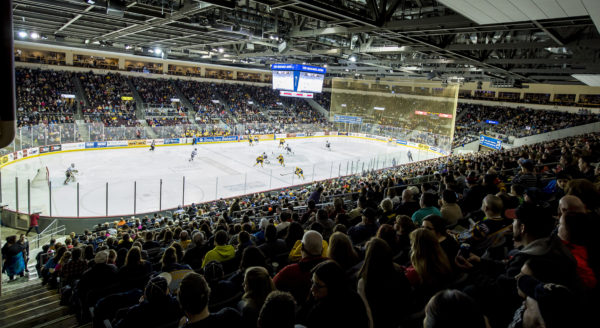 The Erie Insurance Arena is Northwestern Pennsylvania’s premier sports and entertainment facility. It opened in 1983 and recently underwent a $47 million renovation and expansion. With over 9,000 seats, it is home to the OHL Erie Otters and the NBA-D League Erie BayHawks. It also hosts numerous concerts, family shows, graduations and other community events.

From September through April, the Erie Insurance Arena’s concrete floor turns to ice. For concerts, basketball and trade shows during this period, the ice is covered with synthetic, insulated floor panels.