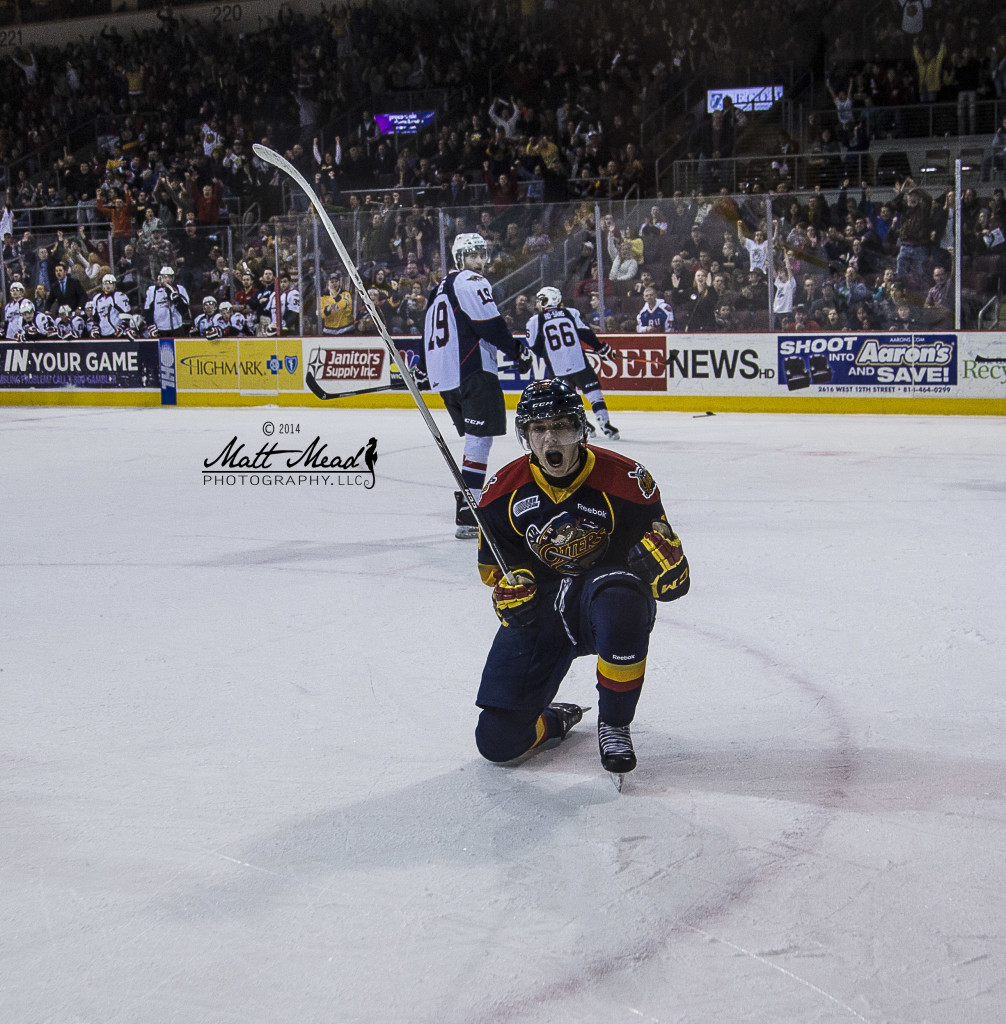 Erie, Pennsylvania – The Erie Otters scored six unanswered goals as they rolled over the Windsor Spitfires 6-1 Friday night at the Erie Insurance Arena.

Even though Erie gave up the first goal of the game, the Otters quickly regained control and never looked back. Ben Johnson scored on the Spitfires first shot of the hockey game, ripping one over Oscar Dansk’s glove from the top of the right wing circle at 8:22 of the period.

The Otters were unfazed, scoring three goals in the final 4:03 of the first period. Connor McDavid put home a rebound from a Troy Donnay point shot to tie the game. Shortly after, Dane Fox notched his 60th goal of the season from McDavid and Connor Brown. Fox the only Otter to record 60 goals in a season, and the first to the milestone in the entire CHL this season. Dylan Strome appeared to score as time expired in the first period. Strome snapped a shot past Dalen Kuchmey from the right wing circle as time hit zero. Review showed that Strome beat the clock giving the Otters a 3-1 lead at the intermission.

Andre Burakovsky ripped home his 36th of the season for the only goal of the second period. McDavid would add another goal in the third for his fourth point of the night. Dylan Strome would also beat Kuchmey one more time for his first multi-goal game in the OHL.

Erie outshot Windsor 41 to 17, while holding the Spitfires to just three shots in the first period. Connor Brown tallied three assists, extending his league leading point total to 121. Oscar Dansk picked up his 28th win on the season in the 16 save effort.

Erie finishes up their latest homestand Saturday night, when the Kitchener Rangers come to town for the divisional rivals’ final contest of the season between the two teams.