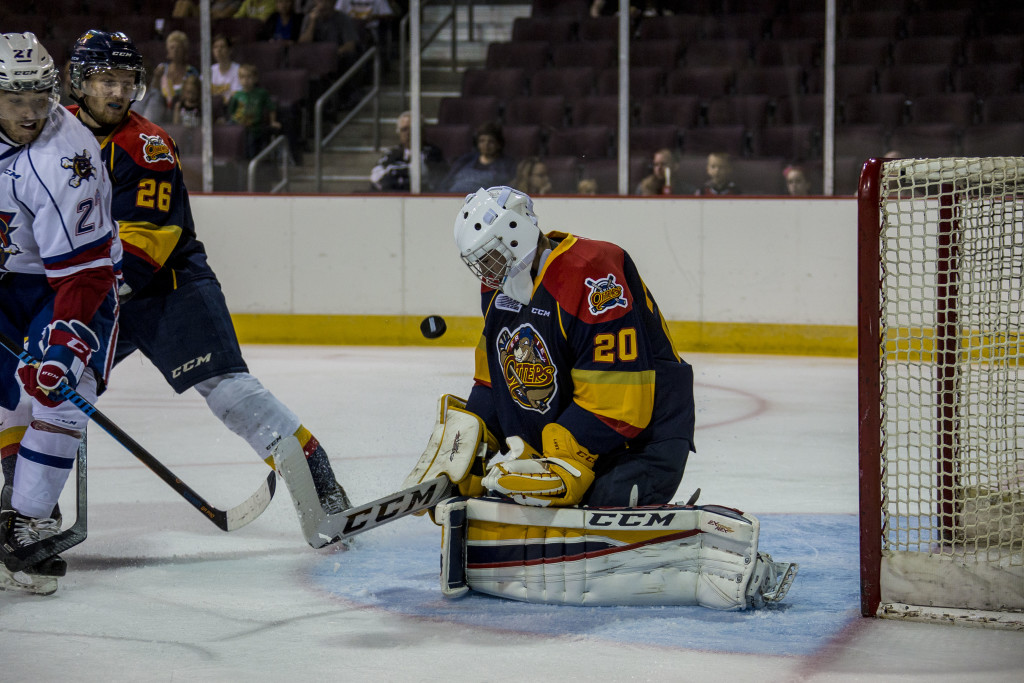 Four goals in the third period propelled the Erie Otters to a 5-1 win over the Mississauga Steelheads. Jake Lawr played strong between the pipes recording 18 saves in his eighth win of the season.

Despite Erie dominating in shots 17-8 the Steelheads were able to score first. Over eight minutes into the contest Owen Tippett put Mississauga on the scoreboard by firing a wrist shot by Lawr.

The Otters evened up the game at one apiece when Jake Marchment scored his third goal in three straight games with five minutes left in the second period.

The stars aligned in the third frame when the Otters were grace with some quality power play and even strength opportunities. Alex DeBrincat scored his 36th goal of the season following some tape-to-tape passing by Dylan Strome and Travis Dermott. Seconds later the Otters were granted another power play and moments after that Strome put the puck past Jack Flinn to boost the Otters lead to two. Late in the period a goal by Taylor Raddysh expanded the Otters advantage to three goals. Just a minute later Nick Betz came screeching down the ice and hurled a puck past Flinn to seal a 5-1 Otters win.

Erie takes the ice next when they go on the road to face the Sarnia Sting on Friday at 7:05 p.m.