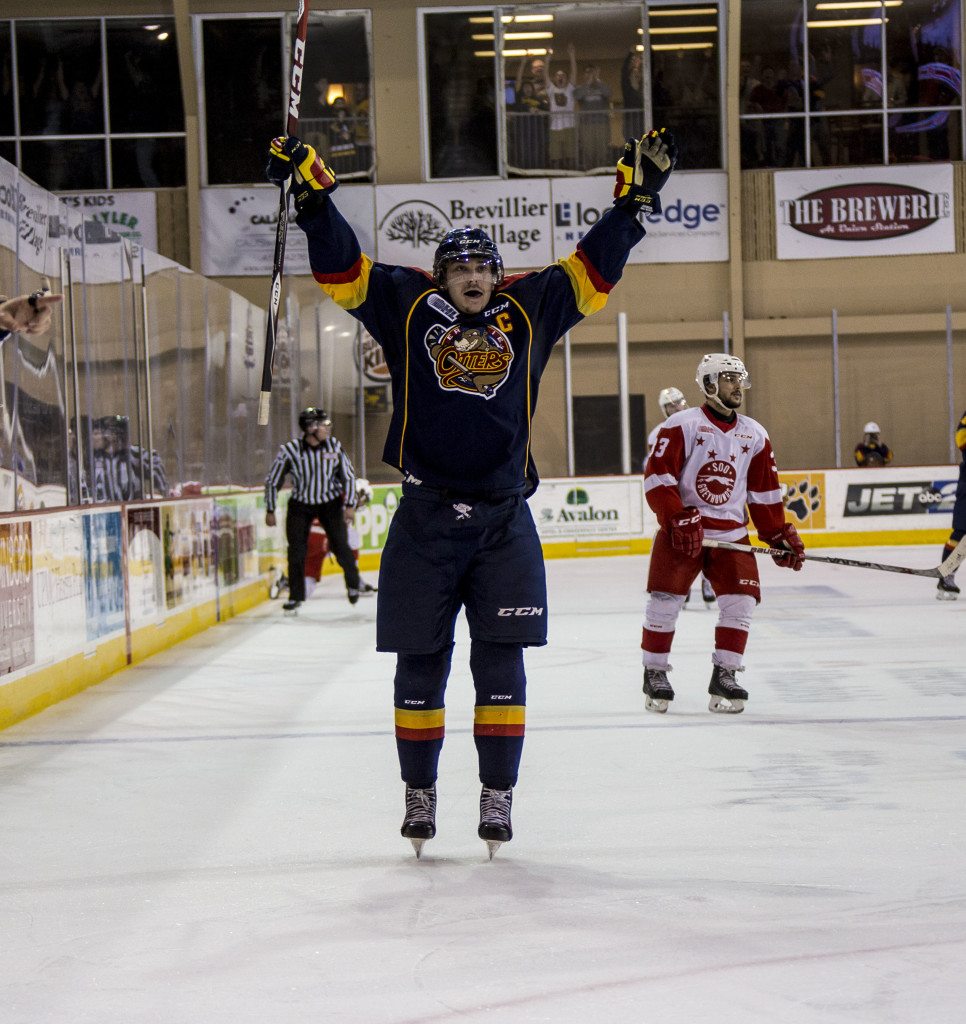 The Otters broke the ice at the midway point of the opening period when Alex DeBrincat received a pass in the slot from Taylor Raddysh that he launched by Brandon Halverson. A couple minutes later Jack Kopacka broke free as he scored a breakaway goal to knot the game at one.

Erie collected their first power play goal of the series as they retook the lead with a sweet backhand shot from Strome. In the middle of the second frame the Greyhounds leveled the game with a one-timer goal from Mac Hollowell. With under a minute left in the period the Otters made it 3-2 when they scored their second power play goal of the game as Taylor Raddysh snuck the puck by Halverson.

At the halfway mark of the final period Strome added an insurance goal by jamming a puck into the Greyhounds net. With a minute left in the game with the goalie pulled Strome scored his third to secure the series win over the Soo.

The Otters will play the London Knight is in the Western Conference finals.