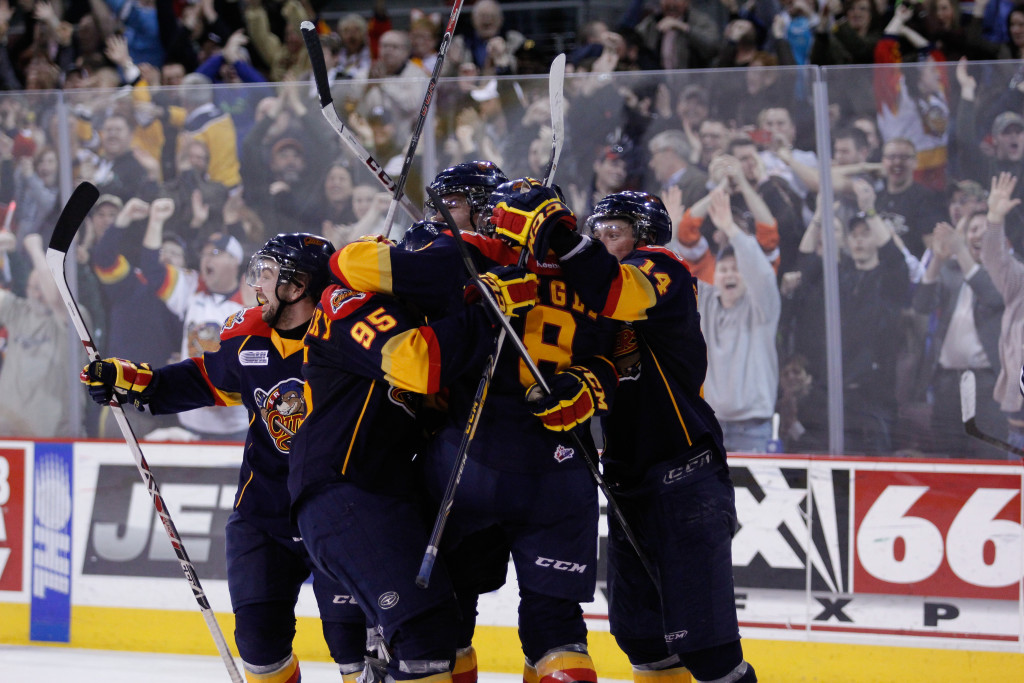 The Otters had to dig themselves out of the first deficit they faced all series long when Darnell Nurse scored his first of the series on the power play at 5:49 of the first period. Matt Murray held the lead for the Greyhounds, making 15 stops in the first period. Sault Ste. Marie took a 1-0 lead into the break.

The Otters had to kill of a 5-on-3 power play early in the second period. The Erie penalty kill unit was up to the challenge, killing the 1:48 two-man advantage. Erie went to work on a power play of their own shortly after that but could not get on the same page to set up. The Hounds pounced after killing the penalty of their own. Sergey Tolchinsky knocked home his first of the series to give extend the Sault Ste. Marie lead to two.

Erie, with a chance to close out the Greyhounds at home, needed to respond soon to avoid a game five. Connor Brown would start the comeback as he deflected a Kurtis MacDermid centering pass behind Murray to cut the lead in half. Sault Ste. Marie took a 2-1 lead into the seconds intermission.

The Otters found themselves down two men again early in the third period. Another inspiring kill opened the game up for Erie to knot the game at two. Set up in the offensive zone, MacDermid found himself at the point with the puck. His blast was blocked in front where Brendan Gaunce attempted at a rebound. The puck rolled off of his stick right to the blade of Andre Burakovsky. Burakovsky ripped the puck home from in tight, as his eighth of the playoffs tied the game at two at 11:57.

The teams held on in the third to force an extra period. Erie had been 0-2 in game fours when attempting to sweep an opponent in a playoff series. Joel Wigle gave the Otters their first win in that situation. Wigle entered the Hounds zone on a two-on-one with Brendan Gaunce. Instead of making the pass across, Wigle drove to the net, went to the backhand, and flipped the puck over the pad of Matt Murray to complete the comeback and send Erie into the Western Conference Finals.

The Erie Otters will move on the Ontario Hockey League’s Western Conference Finals for the first time since their championship run in 2002. Dates and opponent will be announced in the near future.