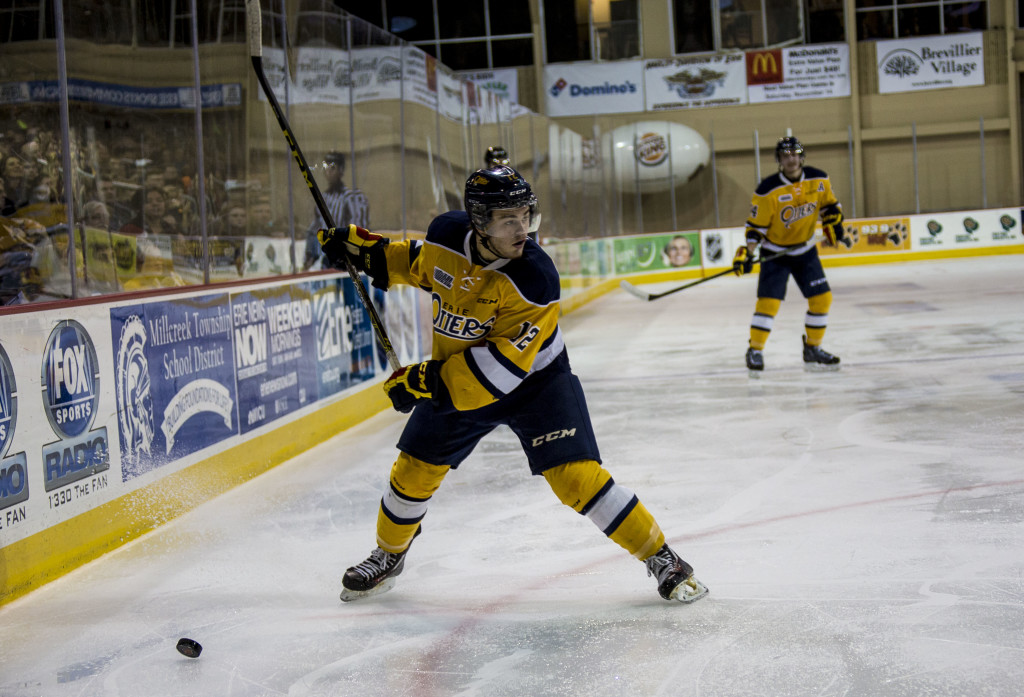 Despite outshooting their opponents 39-20 in the game, the Erie Otters were given their second regulation loss of the season, falling 6-4 on home ice to the Windsor Spitfires.

Puck possession was dominated by the Otters to begin the game. The Otters registered nine shots on goal before Windsor recorded its first. The Otters also had three power play opportunities early, including a five-on-three chance for 1:25. Despite the offensive pressure by Erie, the game’s first goal belonged to Windsor’s Jalen Chatfield. His shot found its way between the legs of Devin Williams, giving the Spitfires the 1-0 advantage at 15:59 in the period. Less than 90 seconds later, the Otters responded. Erik Cernak’s heavy shot from the point found the twine at 17:52, giving him his first OHL point and goal and knotting the game at 1 before the first intermission.

After scoring first in the previous period, the Spitfires followed suit by doing so again in the second. Christain Fischer’s goal at 7:55 gave Windsor the 2-1 advantage. The OHL’s top goal scorer would tie the game back up for Erie just over two minutes later. Alex DeBrincat scored with assists from Dylan Strome and Taylor Raddysh to tie the game at 2. The tie was short-lived, however, as Christain Fischer netted his second of the game to make it 3-2 Windsor at 11:47. Jake Lawr replaced Devin Williams in net after the score. Windsor maintained its goal-advantage at the end of 40 minutes.

In the third period, an Otters rookie stepped up to tie the game at 3. Christain Girhiny netted his third of the year at 7:04. Windsor would answer back less than a minute later when Fischer completed his hat trick to put the Spitfires ahead by one. Halfway through the period, the Otters power play would make things interesting by tying the game once again. The second goal of the night by Alex DeBrincat made it 4-4. Another game-tying goal would be followed by another go-ahead an eventual game-winning goal for Windsor, this time courtesy of Cole Carter at 13:18. Bradley Latour closed the game out with an empty net goal at 18:53. The loss was the Otters second regulation loss of the season, dropping their record to 13-2-1-0 on the campaign.

The Otters will play their next three games all on home ice. The team’s next contest will be on Tuesday, November 10 against the Mississauga Steelheads.